IRT the post title: did anyone else say this joke at the end of Little Bunny Foo Foo? Because the fairy would threaten him with being turned into a "goon" if he didn't stop bopping field mice on the head... so after his third warning she says {along with the music} "Little bunny Foo Foo/I've already told you/ STOP picking up field mice/ and bopping them on their heads" and with a wave of her wand POOF! He was a goon! And the moral of the story is hare today, goon tomorrow.

Am I the only one who did that? Probably.

ANYWAY, this post is about hairs not hares. It's about styling that mane on your head while you sleep without curlers or rollers or hot tools of any kind!

This is how I started out - freshly washed and air dried hair, about 90% dry, naturally curly with NO products or hairspray 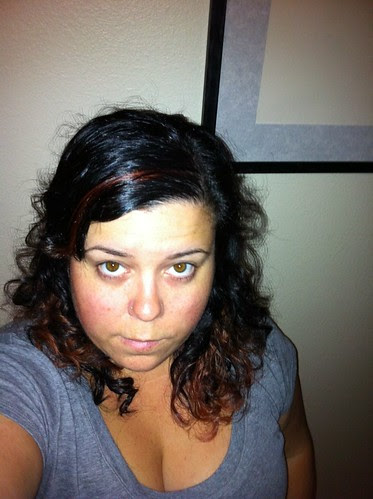 Then I rolled it up, according to the video's instructions 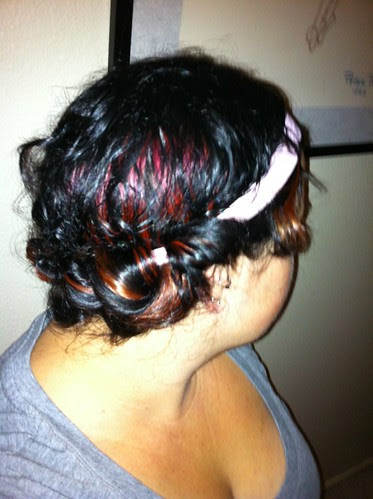 I wore the roll-up overnight, but I had a pretty bad night's sleep. I tossed and turned and thrashed around a lot so I was surprised to see that the whole thing hadn't come undone. 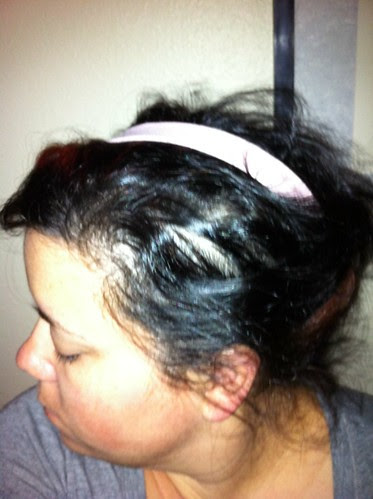 After taking out the headband, I didn't brush or spray my hair. This is what it looked like. Incidentally, it's hard to photograph dark hair! 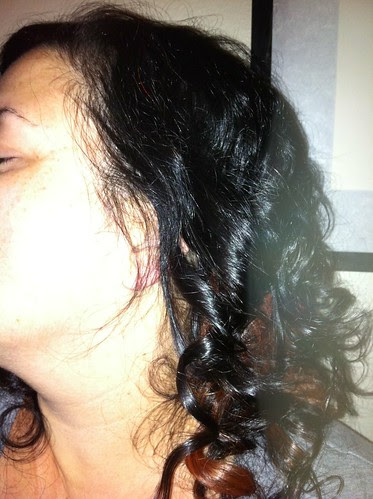 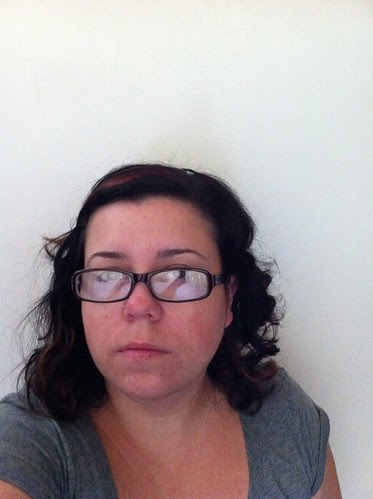 This last picture was taken about 5 hours later. You can see that the curl has relaxed a bit, but not a lot. If I had used some product, it probably would have held tighter but this was just an experiment. 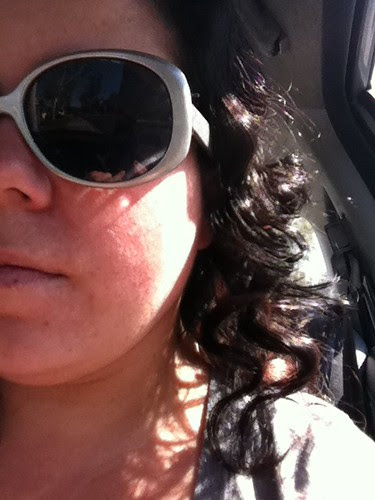 Overall, I'd say that this was a success! Although I'd probably touch it up with a curling iron here and there if I was going someplace exciting (today was a work-at-home day), it still saves SO MUCH time when you're getting ready. Rolling it up took about 5 minutes and taking it down was about 10 seconds. A curling iron touch-up might add 5 minutes, but a 10 minute hairstyle to look this good? You're WAY ahead of the game!

Notes for next time:

i havnt tried setting my hair at night since i was like, 12. Which probably means, my mom as usual, was right by doing so to save time!